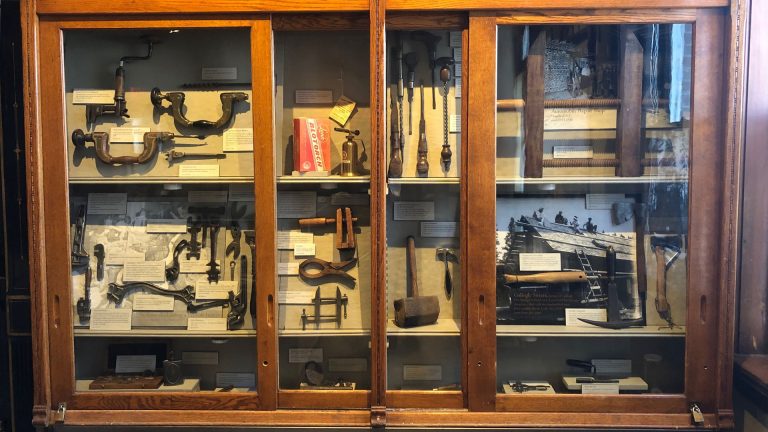 Thank you to our supporters:The Rapp Family Foundation,Humanities Montana,the Jane S. Heman Foundationand individual donors. The Virtual Exhibit will have Demos of similar tools. Close up videos of a select number of tools. Descriptions of select tools. Audio clips describing a select number of tools. Check back soon! Cron Tool Collection Jane Cron’s antique tool collection began with the simple thought that she would like a buck saw. Bob and Jane Cron met in college, which was not only the beginning of 54 years of marriage, but of many adventures and much collecting. Because of Bob’s long career in the U.S. Forest Service, Jane thought it would be “cool” to hang a bucksaw on the wall to represent those early years at Oregon State University. It was there he would participate in forestry skill competitions, such as single- and double-bucking, axe throwing, and burling (standing on a log while rolling it in the water). At one point, the couple was transferred to Washington, D.C. The first year there, they vacationed in Vermont for a week and found that perfect buck saw at an old barn antique store. But once it was hung on the wall of their Virginia home, Jane

Skalkaho to Philipsburg: Mines and Memories